Not Making a Decision can be the Worst Decision: How to make farm succession actionable 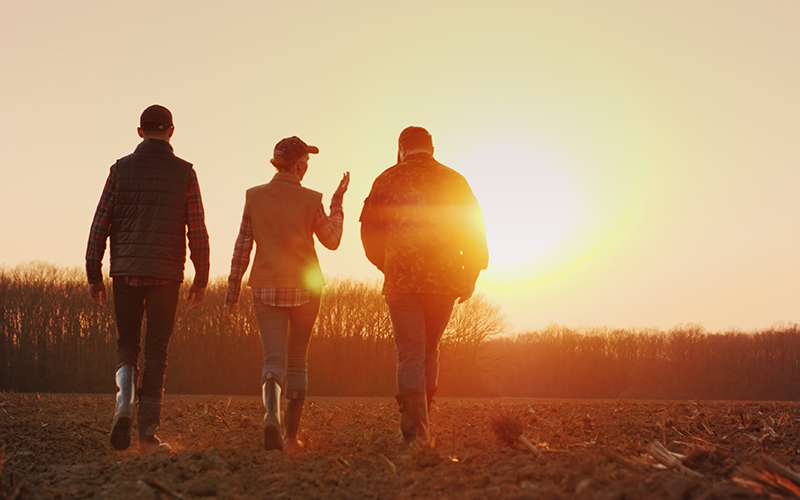 Many of you have heard the reasons and importance of farm business succession planning, especially as you approach your “golden years.” Your first reaction may be that you are too young to think seriously about the topic. Your second reaction is likely that you plan to farm until you’re no longer able to. You might be thinking you’ll eventually have to make some difficult decisions; do you wonder if you’ll make the right ones?

The default “decision” is not making any decision—which is rarely a good choice. This article outlines a few family situations that could have gone differently if a succession plan was defined and signed.

In its most simple form, a farm succession plan is your personal will. A will is a document that states who will inherit your assets, including your farming operation. It can be much more complex with business entities, trusts, etc., but the concept is the same. Let’s review some family situations.

Here’s your first test. If you have only one child and that child works in the business, what happens if you don’t have a will? If you are single and without a will, the default is that all assets, including your business, will go to your child.

What if you are married with no will? This will depend upon the statutes of the state you live in. In one situation, a husband died unexpectedly at a relatively young age. He had meant to file and sign his will, but that didn’t happen. Because there was no will, per state statute, his mother inherited one third of his assets and wife inherited the remaining two thirds. His mother and spouse did not get along. Ultimately, his wife had to buy out her mother-in-law at full market value. This is one example of a nearly debt free business that was suddenly saddled with a significant debt load and ultimately closed.

If all your children work in the business, they “play well” together and they are all willing to be equal owners, you may be fine with no succession plan. However, if one of your children has a spouse that thinks their husband or wife is more deserving of a greater-than-equal share, there could be some friction. Without a will specifying your desire, a valid court case could be made.

More typical is when you have several children and some are in the business and some are not. In my career as a consultant, I worked with one family that had seven children. However, only one child was in the business while the other six were not involved. In their will, this client made it clear to all seven children that only the farming child will inherit the farm, while the other six would split the remainder of their parent’s assets. Even though the farm was over 80% of the total value of the parent’s assets, the six non-farming children understood the importance of the farm legacy and were okay with their parent’s inheritance split. Not all stories have such an agreeable ending.

Another client I worked with had several children with only one child actively farming. The father had repeatedly promised the farming child that someday, “the farm will be yours.” The son had worked for his dad until his early sixties at which time, his father passed away. What his father promised in the drawn-up will and what the state statute mandated was very different as his father had never signed the will.

Instead of an orderly estate plan, the family spent many thousands of dollars on consultants, appraisers and attorneys. They were also forced to sell the development rights on the farm. The income from this sale paid for the non-farming siblings’ income tax to sell their respective ownership shares of the farm to the farming brother and then purchase the non-farm assets they had been promised. This situation turned into a huge waste of money and several years of difficult and awkward sibling interactions.

Moral of the Story

Most families I’ve worked with expressed profound relief when they finally acted after years of procrastination and worry. There may be some difficult decisions to make, but a tough decision is often much easier than the family heartbreak if nothing is done at all.

If you need help starting a succession plan, contact us today to speak with a farm business consultant.