Turbulence in the Grocery Aisles

In an unexpected, blockbuster announcement on June 16, Amazon Inc., the nation’s largest online retailer, declared its intention to acquire Whole Foods Market Inc. in a friendly deal valued at $13.7 billion. Rapidly-growing Amazon, which in 2016 accounted for 43 percent of all online sales in the U.S.,¹ has made significant inroads in the retailing of books, music, electronics, clothing, baby goods and shoes, but has to date been less successful in penetrating the $800 billion U.S. grocery segment.

Whole Foods, the ninth largest supermarket retailer in the U.S. with 460+ stores and annual sales of $16.5 billion,² will be Amazon’s largest acquisition to date and will give the company scale and a national “brick and mortar” footprint in the intensely competitive grocery segment. While business media, Wall Street analysts and industry watchers are offering perspectives and speculation on the typically secretive Amazon’s motives and future plans, one need look no further than food retailer market caps in the days following the announcement to gauge the potential impact on both food manufacturers and retailers.³ 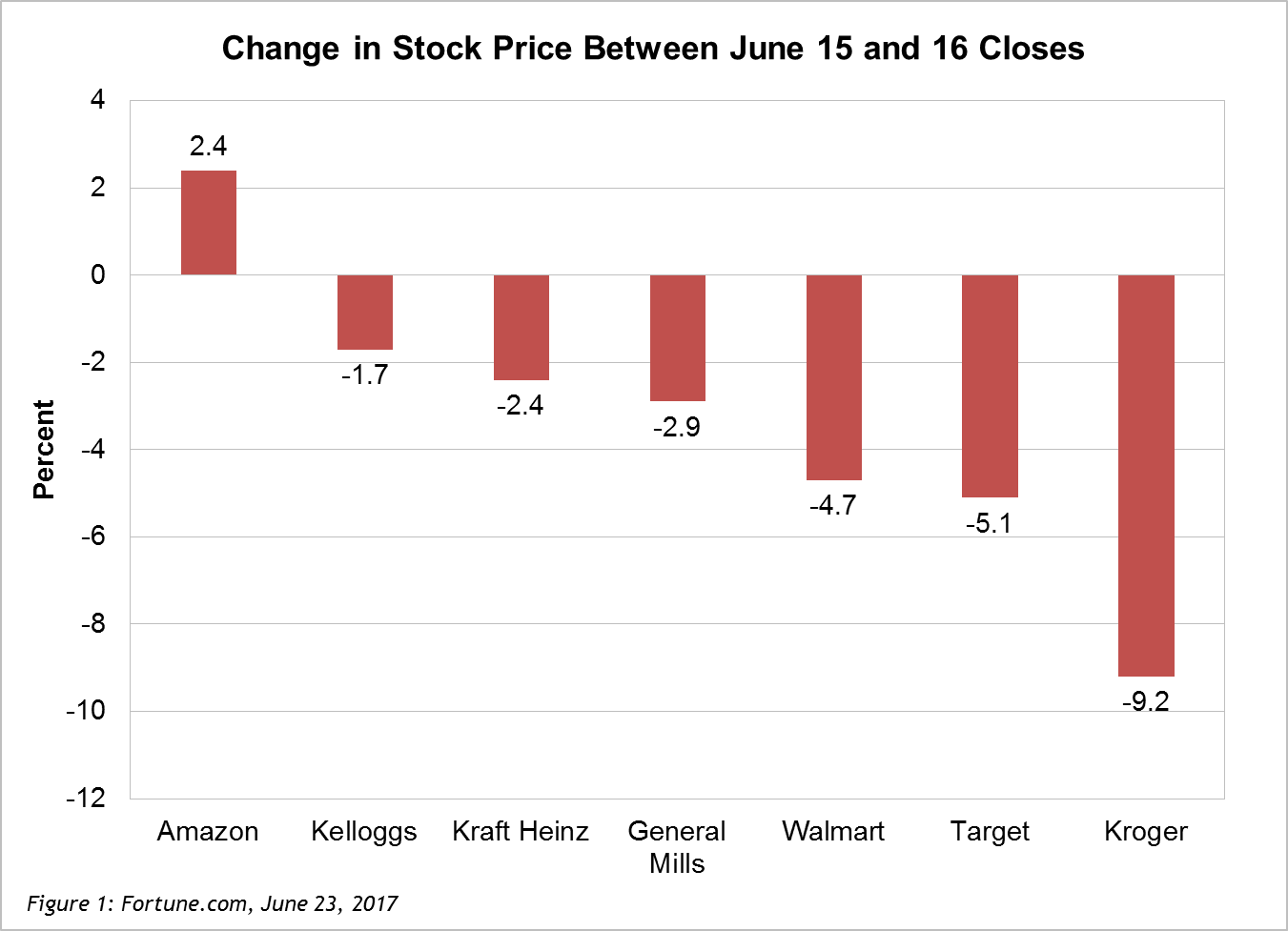 The post-acquisition path forward for Amazon is replete with strategic possibilities. First, here’s what we know with some certainty: 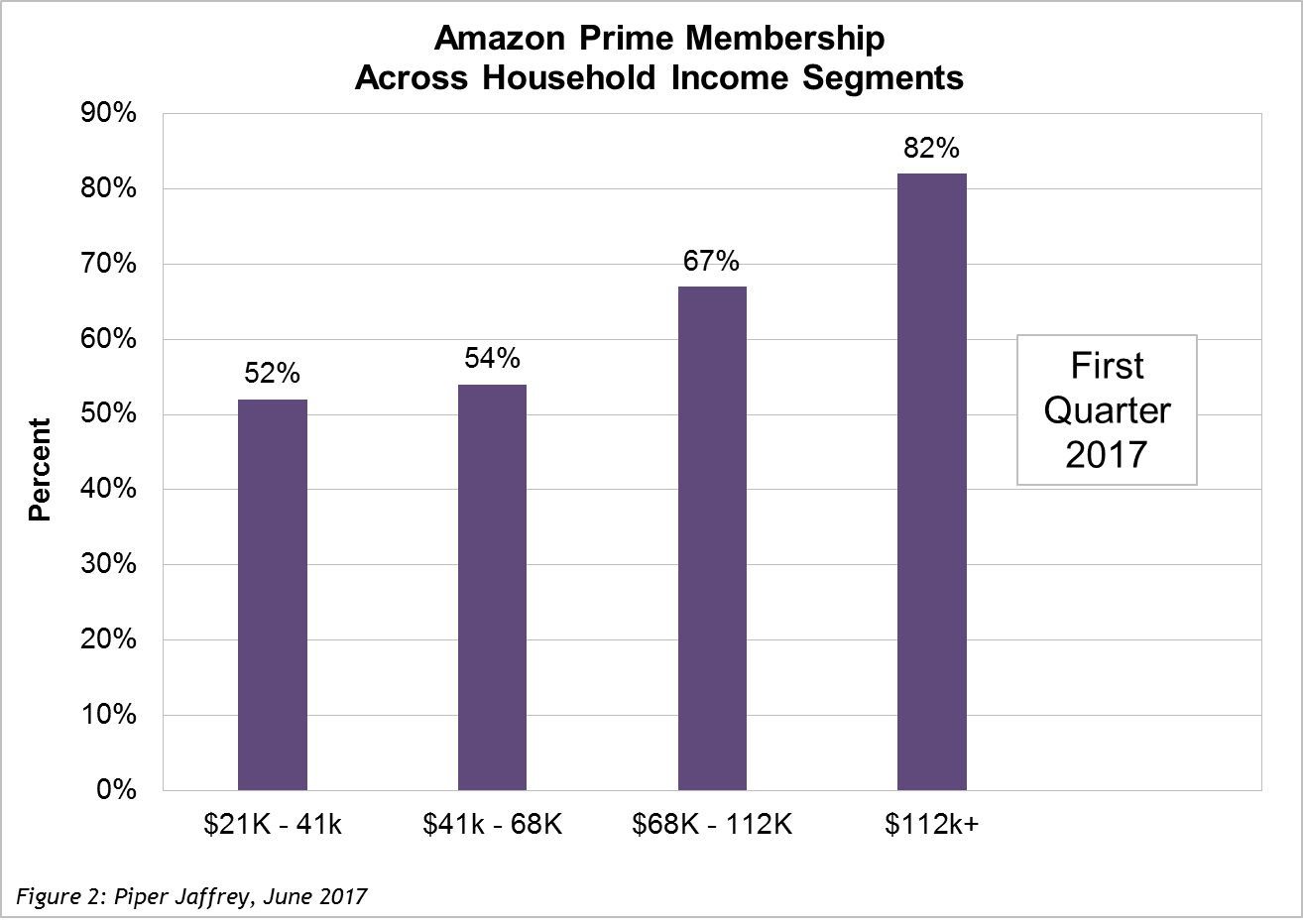 Amazon’s acquisition of Whole Foods has traditional food retailers scrambling to build scale, cut costs and boost online capabilities as they prepare for a more price competitive, omnichannel future. Price and cost pressure on food industry suppliers will intensify in kind. Certain suppliers may benefit if Amazon chooses to selectively strengthen alliances with select suppliers as part of their subscription model of consumer replenishment.

One thing is certain – the Amazon/Whole Foods combination is a transformative event that will forever alter the landscape of the food industry.

Bill Drake is a Senior Extension Associate at Cornell University and is the Director of Executive Education, Food Industry Management Program. He graduated from with a Bachelor of Science from Cornell in 1979 and received his Master of Science from the University of Wisconsin. After 20 years as a food industry executive, Bill is now responsible for development and execution of food industry executive education programming at Cornell.

A Wet Spring Means a Late Start to Northeast Agriculture: Other Areas Suffer from Drought

Above-normal rainfall across much of the Northeast region has meant a delayed start to the season for some farmers. The prolonged wet and cool weather pattern across much of New York and parts of New England has consumed most of the spring crop planting season, causing delays in planting, washouts and, in some cases, prevented planting entirely. From a crop insurance perspective, final planting dates vary by crop and location, but ends for most areas on June 10, and late planting typically ends in early July. Producers have several options, and they will have to evaluate those based on their individual situation.

For those Northeast growers who managed to get corn in the ground, crop conditions lag behind national averages. As of July 2 in New York, 53 percent of the corn crop was rated “good” or “excellent” by the USDA, compared to 68 percent similarly rated nationally.

Some Northeast grain producers will put the planter in the barn for the season due to the wet weather. However, many dairy producers will consult with their nutritionist to evaluate their feed needs and decide if they need to continue to plant. Crop insurance teams in the region will be working closely with producers to conduct planting progress calls, submit prevented planting notice of loss for producers that have acreage they couldn’t plant, and assist with completing crop insurance acreage reports. An increase in prevented planting claims are expected for this season.

In addition to the wet weather, over the past three weeks there have been more than eight hail events in Northeast fruit growing areas that have caused varying degrees of damage. This widespread damage will create a challenge for fruit producers as they decide how to manage and market their crop. Lighter damaged fruit crops can be hand thinned and remain fresh fruit, whereas heavier damaged crops will most likely be redirected to the processing or juice market.

"It's better to make mistakes while trying something new than not try anything at all." -Alexandra Friedman