Controlled Environment Agriculture (CEA) is a technologically advanced and intensive form of hydroponic/soilless based production of vegetables and small fruits. There is no one definition of what constitutes CEA; but more broadly, it represents the range in technology between protected cultivation (such as is high tunnels, which we term Modified Environment Agriculture [MEA]) and highly sophisticated greenhouses with control of temperature, light, relative humidity and carbon dioxide.

CEA is a capital-intensive business with high operating costs. Production benefits of CEA include a focus on high plant quality/yield, predictable crop timing and ability to produce year round in challenging climates. Regarding plant yield, on average MEA/CEA operations produce 10 times more than their field grown counterparts (about 100 tons per acre for tomatoes/lettuce in CEA/MEA versus ten tons per acre in the field).¹ 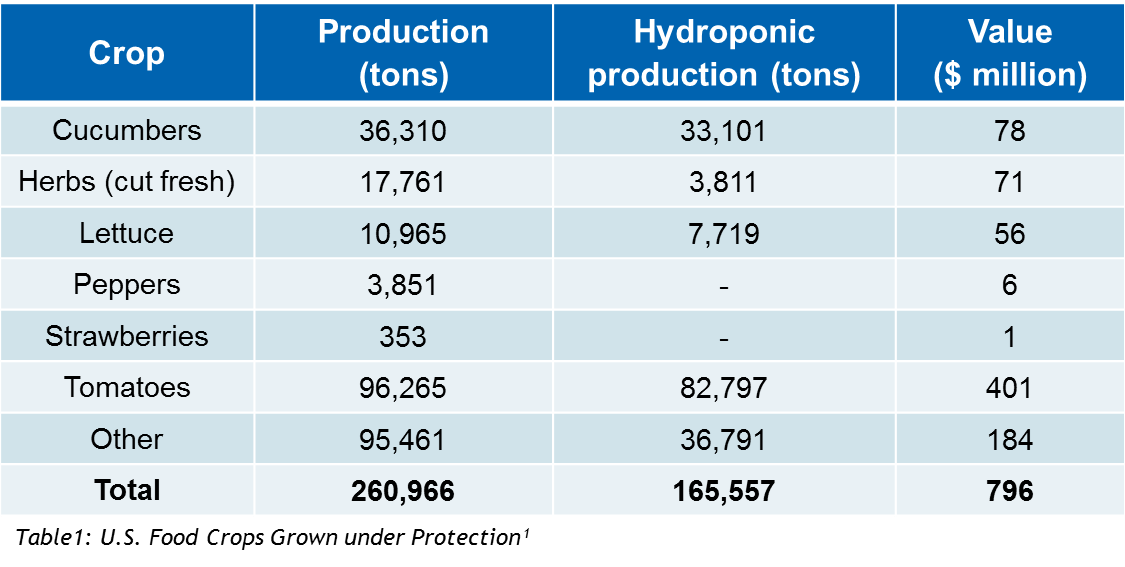 Tomatoes, cucumbers, pepper and eggplant are referred to as high wire crops (meaning their tall canopy is trellised to string attached to wire). High wire crops are typically grown in a soilless substrate (rockwool, coir or perlite) with drip irrigation. 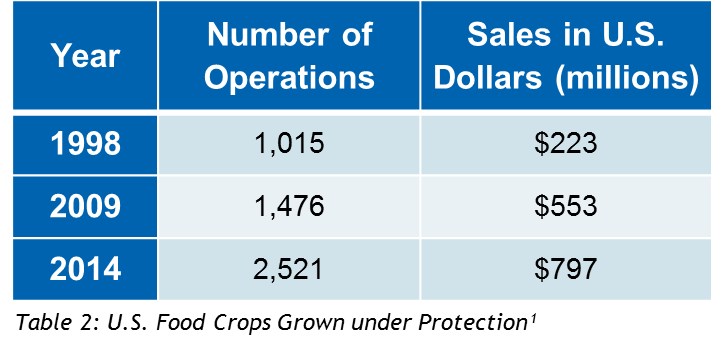 What is driving growth?

Market demand for local food (including produce, meat, dairy, etc.) has grown from a $1 billion to a $7 billion industry from 2006 to 2015.2 CEA producers in the Northeast are well-positioned to take advantage of this trend due to their close proximity to urban centers. Because Northeast CEA crops are grown much closer to the consumer, they require less time and expense in transportation and often stay fresh longer than their field-grown counterparts grown thousands of miles away.

Increasing weather uncertainty and risks associated with pests and disease outbreaks have also driven interest in CEA. While these risks cannot be entirely mitigated, careful control of the growing environment can allow for a uniform, consistent, year-round crop that wholesale/retail produce buyers prefer. Previous years’ drought in the western states has also led to increased interest in Northeast CEA. Water in CEA is typically captured and reused, so its use can be up to 20 times more efficient than irrigated fields.

Like any form of agriculture, CEA production is a high-risk, low margin enterprise. At Cornell University, we have convened a group of stakeholders in semi-annual meetings to discuss barriers and opportunities in CEA.3 The greatest challenge to establishing or expanding a CEA operation is the high level of capital investment required. New producers cite difficulties establishing a long-term stable market channel for their crops. Ideally, supermarkets and wholesalers would sign long-term contracts with price and volume guarantees. Other challenges include difficulty finding well-trained employees and affordable manual labor as well as high costs of energy (especially supplemental lighting in the Northeast). 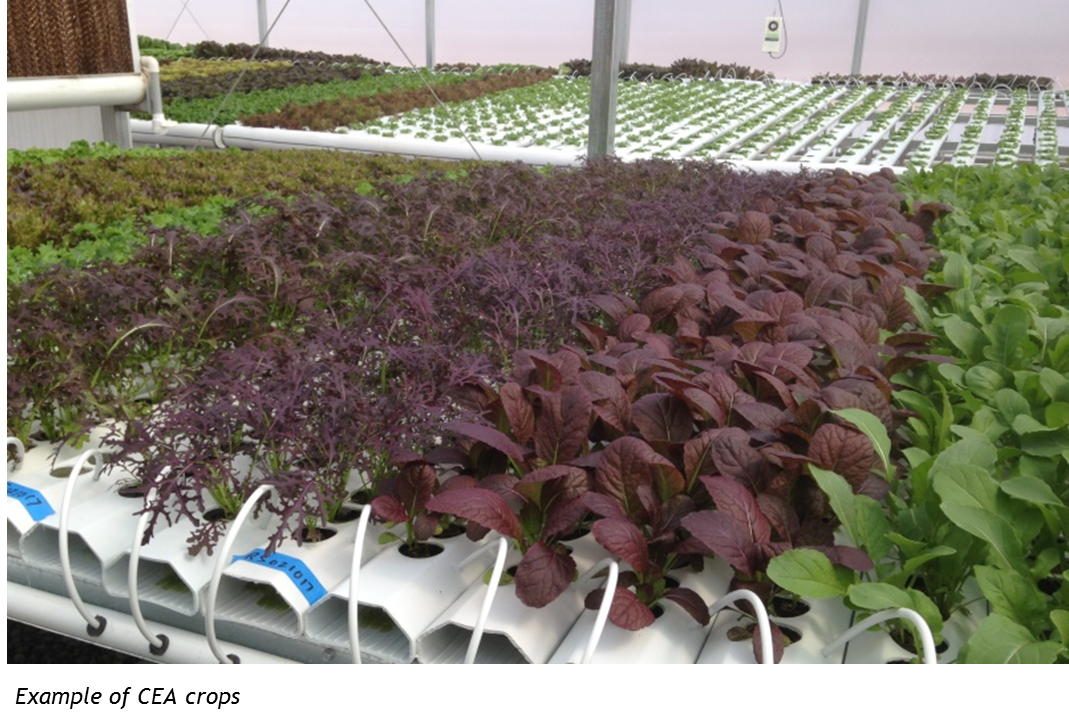 Despite increasing CEA production in the U.S., we import large quantities of greenhouse-grown vegetables from Mexico and Canada. In 2016 we imported $1.64 billion worth of tomatoes, bell peppers and cucumbers from Mexico and $560 million from Canada. A revocation of NAFTA, as currently being considered by the Trump administration, could lead to significantly increased domestic production of CEA vegetables if high tariffs were imposed on Mexican/Canadian produce. Regardless of NAFTA, technology advancements will continue to be important in U.S CEA production.

Labor is the #1 operating cost in CEA. Increasing hourly wages as well as lack of available labor will drive increased automation in CEA. Already some of the more sophisticated CEA operations use robotic systems to seed, move plants around the greenhouse, harvest and package. In some instances, a human hand never touches the crop.

LED lights can dramatically lower electricity costs (energy is usually the #2 operating cost). While high upfront costs for LEDs has limited their current adoption, prices of LED fixtures will continue to go down and efficiency will continue to go up.

Another trend in CEA is the adoption of more diverse crops as standard crops, such as tomatoes and cucumbers. CEA crops increasing in popularity include a wider variety of leafy greens (kale, swiss chard, mustard, cress), microgreens (leafy greens harvested at the first true leaf stage), ethnic vegetables and small fruits (such as strawberries, blackberries and raspberries). 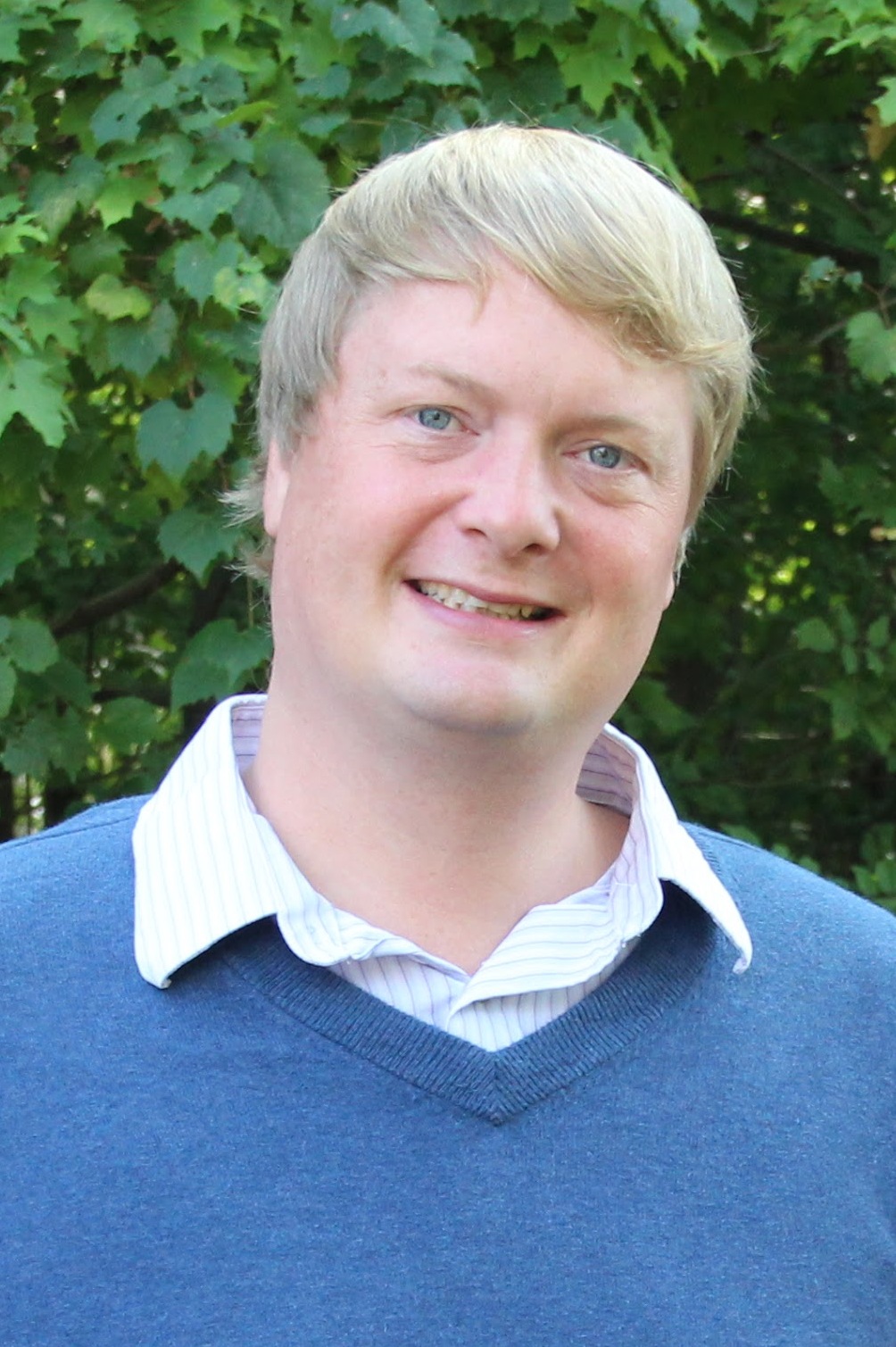 Take a look at the end-of-season update for Farm Credit East’s major loan sectors. This summary report reflects on the 2017 year and gives a few predictions for 2018 in the dairy, timber, cash field, livestock, fruit, greenhouse and nursery, aquatic, and vegetable industries.

Margins remain tight for many commodity producers. Dairy and cash field crops in particular, are dealing with pricing that is close to cost of production. Bright spots in the outlook include vegetables, nursery and greenhouse, which have had improving economic conditions the past few years and reported relatively good results this year.

Labor is perhaps the single most consistent challenge across sectors. An improving general economy has benefitted ag retail businesses but made finding and keeping good employees more difficult. Increases in the minimum wage in several states has raised costs, and increased the pay expectations of employees.

"If people are willing to bet on a lot of crazy notions, knowing that while some won't work out, one breakthrough can change the world."  - Bill Gates