Written by Patrick Westhoff, Ph.D., Food and Ag Policy Research Institute at the University of Missouri

A new farm bill was signed into law on December 20, 2018, but for grain and oilseed markets, that was not the top policy story of 2018. Instead, trade disputes with China and other countries have weighed heavily on commodity markets and introduced a major source of uncertainty.

In the summer of 2018, China imposed a 25 percent retaliatory tariff on imports of U.S. soybeans and many other farm commodities. The consequences follow basic economic logic. The tariff increased the wedge between domestic prices in China and the United States and sharply reduced U.S. sales to China. Brazil and other exporters increased their sales to China. While U.S. exports increased to other markets no longer supplied by South American soybeans, total U.S. exports dropped well below previous estimates.

Soybean prices have gyrated in response to the latest rumors about U.S.-China trade relations. If this uncertainty continues, it will add to the normal market volatility caused by the weather, exchange rates, oil prices, economic growth and other factors.

To put things in perspective, it can be helpful to focus on three key variables: total soybean imports by China, and total soybean exports by Brazil and the United States (see Figure 1).

If there is no resolution of the trade dispute, these trends are likely to continue. China will import fewer soybeans in total than it would have otherwise, and most of those imports will be supplied by Brazil and other non-U.S. exporters.

Meanwhile, China is also playing an unexpected role in the corn market. Data about China’s corn supply and use are unreliable and subject to large revisions. Such a revision was made recently, suggesting China’s corn production was much greater than previously estimated. Even with an upward revision in estimates of China’s corn consumption, the implication was that China’s stocks of corn were much larger than previously thought. Indeed, USDA estimates now suggest that China holds most of the world’s carryover stocks of corn (see Figure 2). 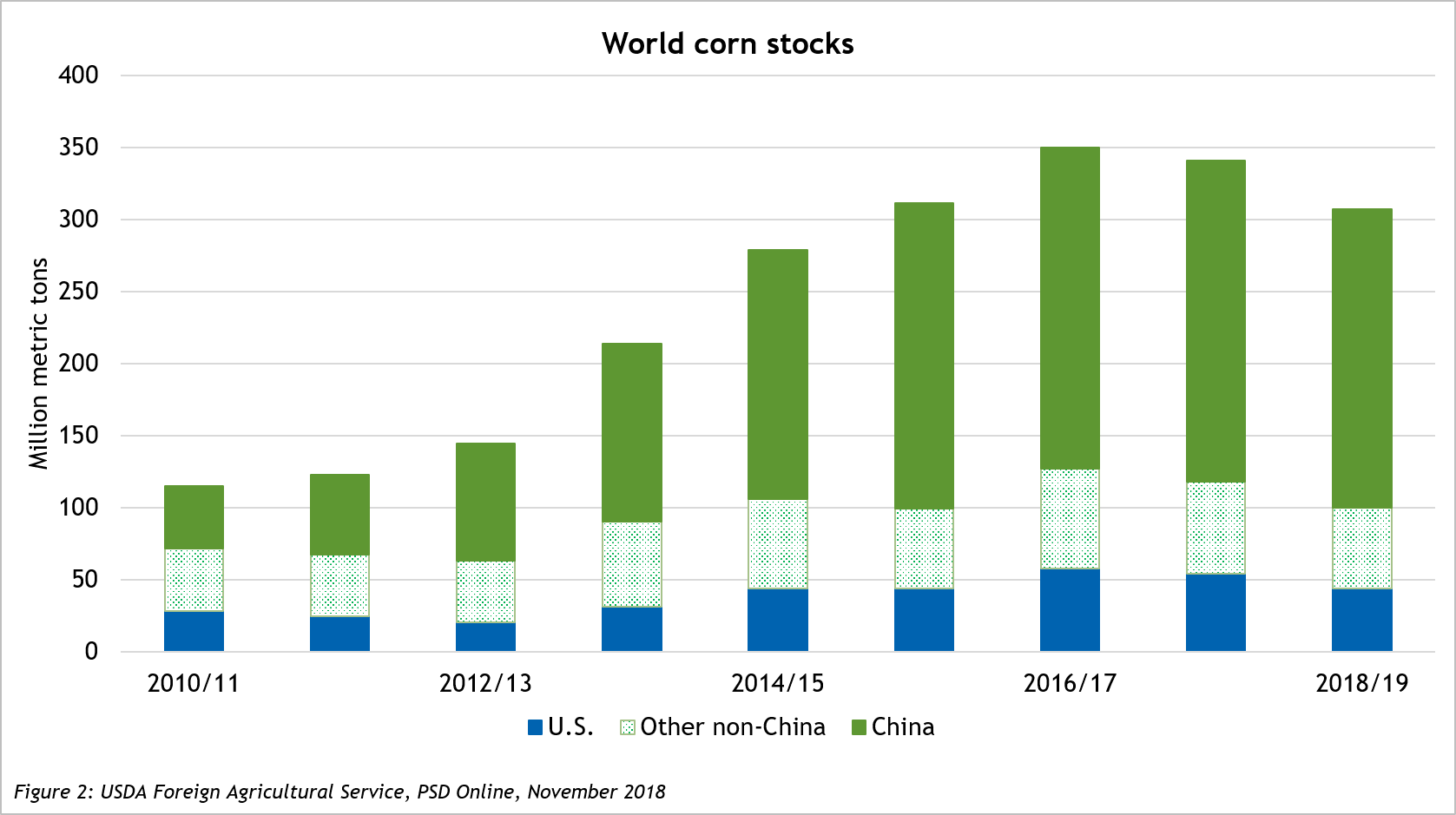 In a certain sense, these changing estimates are unimportant. All that really matters to U.S. producers is how much corn China trades, and China’s imports have remained in a relatively narrow range in recent years. However, the previous reports that China’s stocks were much smaller and were rapidly declining had led some analysts including myself to hope that China might become a larger corn importer in the not-too-distant future. That hope now seems unlikely to be fulfilled.

U.S. and other non-Chinese stocks of corn are significantly reduced from their recent peak levels. While the estimated stock levels are high enough to allow corn prices to remain below $4 per bushel, a drought or unexpected boost to global demand could result in significantly higher prices.

In wheat markets, a smaller global crop in 2018 is resulting in a modest decline in world stocks and slightly higher U.S. prices. One important development is the emergence of Russia as the single largest exporter of wheat in years with favorable weather. As a result, the country has become a major source of uncertainty in global grain markets, given wide annual swings in yields and in export policies. 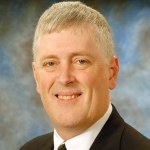 Net farm income for 2019 is expected to improve over 2018’s results and come in at roughly the same level as 2017, according to Farm Credit East estimates. Leading the way for this improvement is continued good performance from some parts of the greenhouse, nursery, fruit, vegetable, and ag retail sectors. Higher milk prices will also contribute somewhat.

FarmCreditEast.com’s Industry Snapshots provide the latest business and market intelligence from our industry experts on a variety of natural resource-based industries, including agricultural sectors, commercial fishing and forest products.

These snapshots, which are updated quarterly, are designed to quickly provide readers with current information on conditions in various industry segments. Click into an industry below to learn more about that sector.

"Perfectionism is just an advanced form of procrastination." — Ned Hallowell