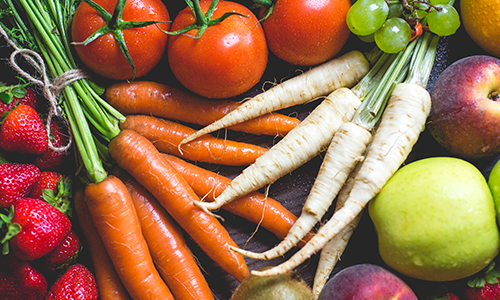 The Northeast experienced significant drought in 2020, particularly in New England where some areas saw severe or extreme drought, according to the USDA. While most vegetable growers have adequate irrigation resources, the drought still caused stress to crops and additional work for producers. Dry weather continued across the region over the winter, and as we get into the growing season, much of New York and New England is abnormally dry or in moderate drought.

Growers primarily selling to grocery stores have seen strong sales, while those who previously sold mainly to restaurants or foodservice distributors have had to adjust their marketing.

For growers selling direct-to-consumer, demand for local produce has been strong, and some CSA farms reported their strongest year ever in 2020. However, operators of farm stands and farmers’ markets have had to make significant adjustments to deal with the pandemic, and sales have varied. In many cases, operators who adapted their direct-to-consumer business model realized a significant improvement to gross and net profit margins.

Vegetable processors in New York are at capacity due to increased demand resulting from an uptick in home cooking that utilized more frozen and canned vegetables. The industry continues to consolidate with no new players entering the market. Processors are reluctant to place extra capacity as market decline had been steady prior to 2020. Growers of sweet corn, snap beans and peas usually have soybeans and corn as an alternative and will shift to commodity grain if processors remain at 2020 pricing.

The availability and cost of labor remains a significant challenge for the sector. Initial concerns about the availability of H-2A workers were largely resolved, but both minimum wage and the Adverse Effect Wage Rate for H-2A increased significantly in many Northeast states. Growers have had to closely monitor their labor costs and try to gain efficiencies in order to remain profitable.

In 2020, New York instituted a 60 hour threshold for overtime, which most farms were able to adjust to. The Farm Wage Board determined there would be no change in the threshold for 2021.

The growing season in Maine was one of the driest on record, and a series of frosts in late September brought the growing season to an earlier-than-expected end. Yields vary widely across the region and are reportedly down 20-40% from last year, although some irrigated acreage produced above-average yields.

All market segments are seeing strong demand for potatoes, with prices above last year. Contracted production slated for French fries are returning better prices due to improved quality from last year, despite the smaller crop. Tablestock markets in Maine also remain strong with prices $1-$4 per cwt above last year, depending on variety. Seed potato markets also remain strong due to reduced overall supply and acreage cuts in other growing areas. Seed supplies are expected to be extremely tight in 2021.

An early spring appears to be on tap for Northeast potato production, with snow leaving the area earlier than in recent memory and relatively warm temperatures contributing to the possibility of growers getting on the ground earlier than usual. Planting of some broccoli and potatoes has already begun in Northern Maine and elsewhere, so we’ll wait and see what the rest of the season has in store. 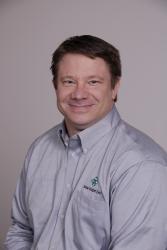 Ag Economy
An Early Season Check-in for Northeast Fruit and Vegetables Markets: The impacts of COVID-19 and beyond