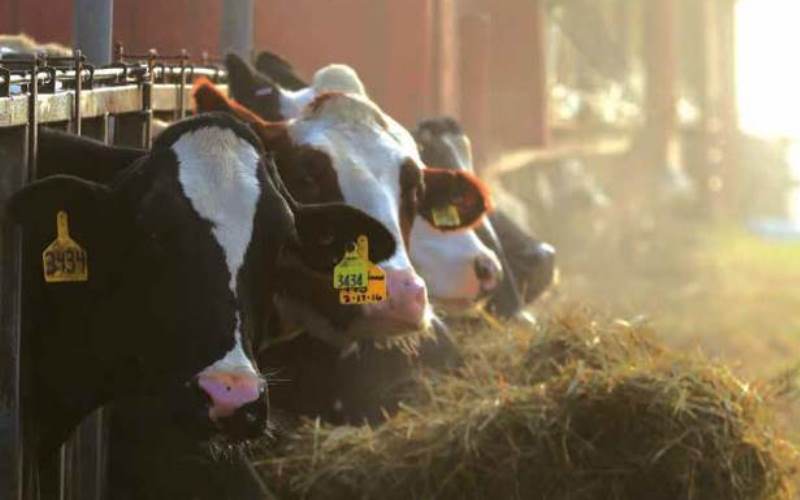 Things do not look great for the dairy industry going into the new year. Milk prices and producer margins have been low since the record levels of 2014. Prices took a steep dive in 2015, and fell further in 2016. 2017 represented somewhat of a recovery, but only a modest one, as margins for dairy producers have remained fairly weak. For 2018, it looks like milk prices are going to decline moderately, bringing average prices roughly back down to 2016 levels.

Dairy markets have been characterized by broad economic cycles, in which prices will rise for a year or two, peak and then decline, sometimes sharply, for a multi-year period before recovering again. The current price downturn, while “shallower” than some past cycles, has been one of the longer ones, where prices have fallen, and stayed low, for a prolonged period.

One of the reasons suggested for the current extended low price period is that production continues to outpace demand. This has been particularly true domestically. While other major dairy exporting countries have seen production flatline or decline somewhat, U.S. production continues to grow. One reason for this is that while prices have been low, they have still been sufficient to cover U.S. farmers’ variable costs of production. This means that while overall profitability has been weak, U.S. producers haven’t been deterred from maintaining or even expanding production.

As for profitability, Dr. Stephenson estimates that the average farm may see about $0.80/cwt profit in 2017, but this is expected to tilt to a $0.50/cwt loss in 2018 as milk prices fall. Feed costs are expected to remain moderate, as grain and oilseeds are facing bear markets of their own.

One of the major outlets for U.S. milk production — and a significant factor in market prices — is exports. Dr. Stephenson was cautious in his outlook for exports in the coming year for a number of reasons. European producers have been expanding their production and the EU is sitting on vast stockpiles of milk powder, both of which could be a major downward force on global markets.

As we look forward, it’s important to recognize that U.S. dairy producers have effectively had three consecutive years of capital cost consumption and deferred investment due to low prices. Facilities, machinery and equipment have wear on them and will need investment in the near future. As a result, balance sheet erosion will likely stress producers. It will be a difficult time for higher-cost producers, as their facilities need increasing repair or replacement with little in the way of price improvement on the horizon.

On the positive side, there is upside potential in two areas. One is that the general economy continues to chug along nicely, and domestic demand for dairy products, particularly milkfat, has been robust. International demand also has some potential to increase. The U.S. dollar has slipped in value somewhat over the past year, and this may help U.S. products be more price-competitive abroad. China, as well as some other major importers have started to show more buying activity recently. However, they too are leaning towards higher milkfat products, leaving skim and milk protein in surplus globally.