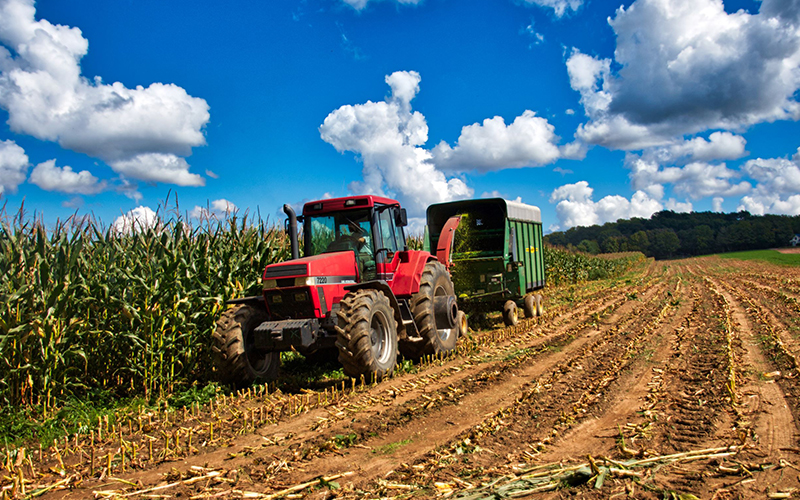 Cash field crops had a relatively good year in 2020, with most corn and soybean yields higher than 2019 averages. Ethanol production decreased due to reduced exports and domestic gasoline demand, however production levels should increase this year.

Corn yields in New York averaged 166 bu/ac according to NASS, but were variable, with producers in some areas reporting yields over 200 bushels, while others experienced dry conditions and lower yields. Southern New Jersey reported above average yields.

Soybean yields in New York averaged 50 bu/ac, but as with corn, were variable, with producers in some areas reporting yields over 55 bushels, while others experienced lower yields. Wheat crops reportedly had good yields as well in most areas.

U.S. ethanol production decreased sharply in 2020, driven by significant reductions in domestic gasoline demand as well as reduced exports. Production bottomed out in May, at approximately 500,000 barrels/day, 50% below the 5-year average, before starting a slow recovery. 2021 production is expected to increase as gasoline demand is restored but is still likely to lag 2019 production levels.

Prices for grains and oilseeds continue to climb. As of April 12, corn September futures are trading at $5.11/bu. and soybean August futures are at 13.62/bu. Corn futures are generally trading near an eight-year peak, due to rising demand from ethanol, livestock and export sectors, along with lower forecast ending stocks. Soybean oil markets are seeing mixed messages between high demand from renewable fuels and bearish influences from high palm oil availability, but it appears there is more upside risk than downside.

Both export and domestic demand remains robust. Corn exports for the 2020/21 marketing year are projected at 2.6 billion bushels, a record if realized. China has been a more significant buyer of U.S. corn than in previous years. For soybeans, both high domestic crush volumes and strong exports are supporting higher prices. Soybean meal prices are significantly higher than last year. China continues to be the leading destination for U.S. soybean exports.

For an in-depth summary and outlook for the grain and oilseed industries in 2021, check out this article by Kenneth Scott Zuckerberg of CoBank, featured in our 2021 Insights & Perspectives report.