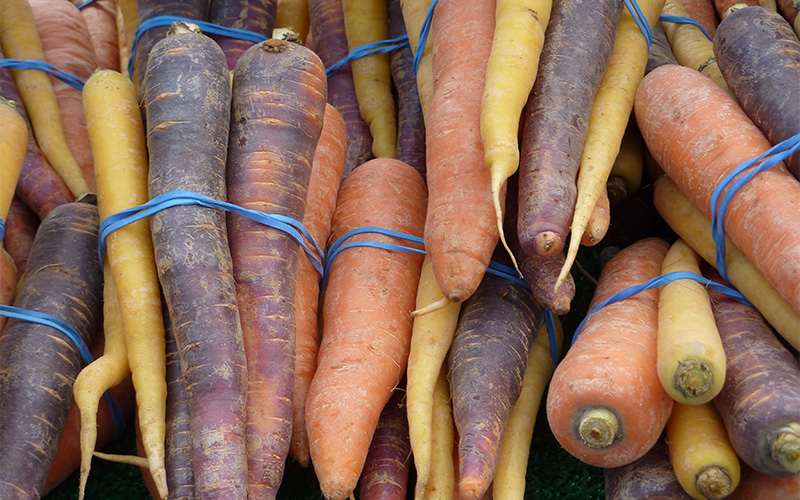 Northeast farms have had a long history of producing a variety of fresh and processing vegetables, and these crops are an important component of the region’s agricultural economy. In the nine states that comprise the Northeast region,1 vegetable crops (not including potatoes) have been planted on approximately 110,000 acres with an annual total farm value of between $525 and $575 million. Given the heterogeneous landscape of vegetable production across the Northeastern states, we observe a wide range of average revenues per acre of vegetable production with an average revenue of approximately $5,000 per acre across the states. In recent years, potatoes have been grown on an additional 80,000 acres in the Northeast with a total value of nearly $220 million.

In 2017, the overall value of vegetable production in the United States was up six percent relative to 2016. However, regional production patterns do not always mirror general national conditions and, in some cases, we saw decreases in the value of vegetable production in the Northeast in 2017. For example, the value of production for sweet corn and cabbage decreased in 2017 relative to 2016. When the final results for 2018 are received, we expect to see mixed results for changes in total revenue for the key vegetable crops due to the wet conditions experienced in the early spring and summer months. For those vegetable crops that are particularly sensitive to fungal pressures during these time periods, we expect to see a decrease in yields and crop values. Early data suggests that prices and the value of production for cabbage and spinach will be up in 2018, and will be down for squash, cucumbers and sweet corn. Figure 1 illustrates producer price indices in 2017 and in 2018 for selected vegetable crops that are important in the Northeast United States. 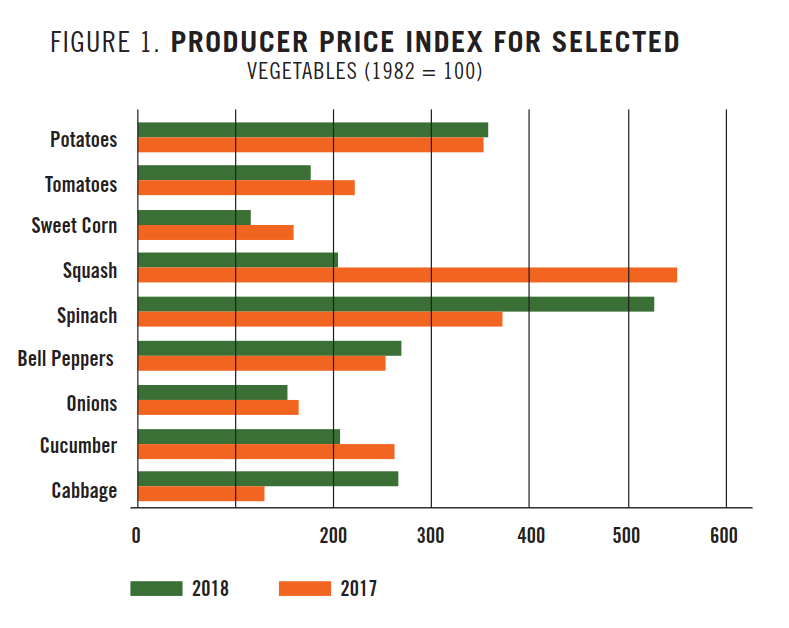 According to results from the American Vegetable Grower’s 2019 State of the Vegetable Industry Survey, the top concerns for growers include labor, pest pressure, unexpected weather events, food safety issues and rules, crop prices, and new government regulations. A sufficient labor supply in the U.S. horticultural market continues to be the top concern among growers and this is particularly true in the vegetable industry. In recent years, including in 2018, we have witnessed several proposals that seek to expand or adjust the current H-2A Guest Worker Program, but none have become legislation. Immigration policy is widely expected to be one of the top issues for the 116th U.S. Congress.

In late 2018, the Agricultural Improvement Act (the Farm Bill) was passed by the U.S. Congress and signed into law. Stakeholders in the industry received renewed support for a series of provisions aimed to improve markets for U.S. vegetables. Trade programs including the Market Access Program (MAP) received $200 million per year, the Pest and Disease Program received $80 million per year and the Food Insecurity and Nutrition Incentive Program will receive $285 million over five years. The two specialty crop research programs (Block Grant Program and the Specialty Crop Research Initiative) will receive $160 million per year due, in part, to industry enthusiasm for these programs. Figure 2 outlines how expenditures from the 2018 Specialty Crop Research Initiative were allocated; slightly more than half of the funds were used to support research that focuses on some of the most pressing production and marketing issues in vegetable markets in the United States. 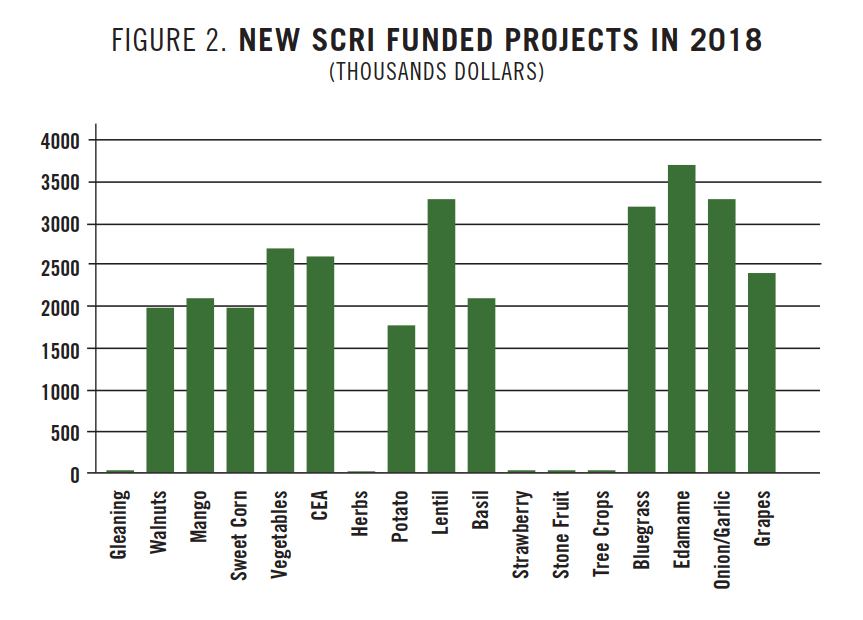 In addition, we expect that trade and free trade agreements will continue to be an important policy issue in 2019. The United States-Mexico-Canada Agreement (USMCA) was signed by the three nations in late 2018, but it has not yet been ratified by the legislatures of the three countries. It is expected that the U.S. automobile industry will be most affected by USMCA, but there are implications for agricultural markets, including the tomato market, given the ongoing U.S.-Mexico Suspension Agreement. Furthermore, in 2019, we will observe the outcome of the ongoing retaliatory tariffs by China, Brazil and potentially India on U.S. agricultural products, including specific fruits and vegetables.

Market Trends and Vegetable Consumption in 2019

As part of this change in consumption of vegetables over time, there has also been an increase in the demand for fresh vegetables and there are strong indicators that consumption in these categories will continue to increase over the next decade. For certain market segments, and notably for adults with higher levels of education and incomes above 185 percent of the poverty level, this increase is expected to be close to three percent per year. Producers in many areas of the Northeast that are growing a variety of nutrient dense vegetables for the fresh market are well positioned to take advantage of these market trends. 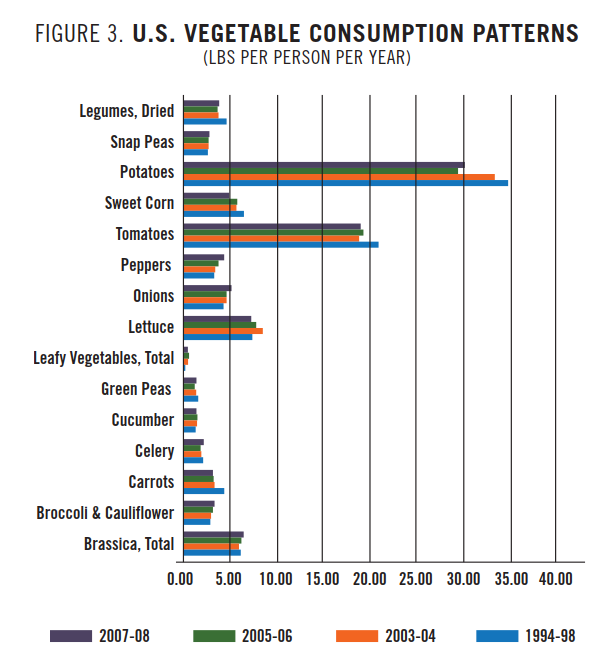