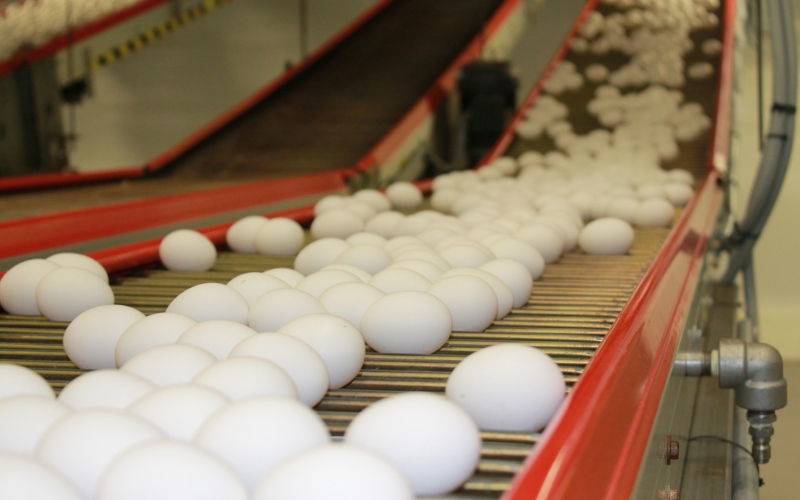 Over the past several decades, Northeast agriculture has continued to evolve and adapt, and will continue to do so well into the future. That’s one of the resounding qualities of Northeast producers — their agility and capacity to adjust their businesses to respond to consumer demand and marketplace conditions. In this blog post, we look at what some of those changes to the Northeast’s overall agricultural landscape have been over the past 30 years, including changes in total number of farms, acreage involved and products produced. 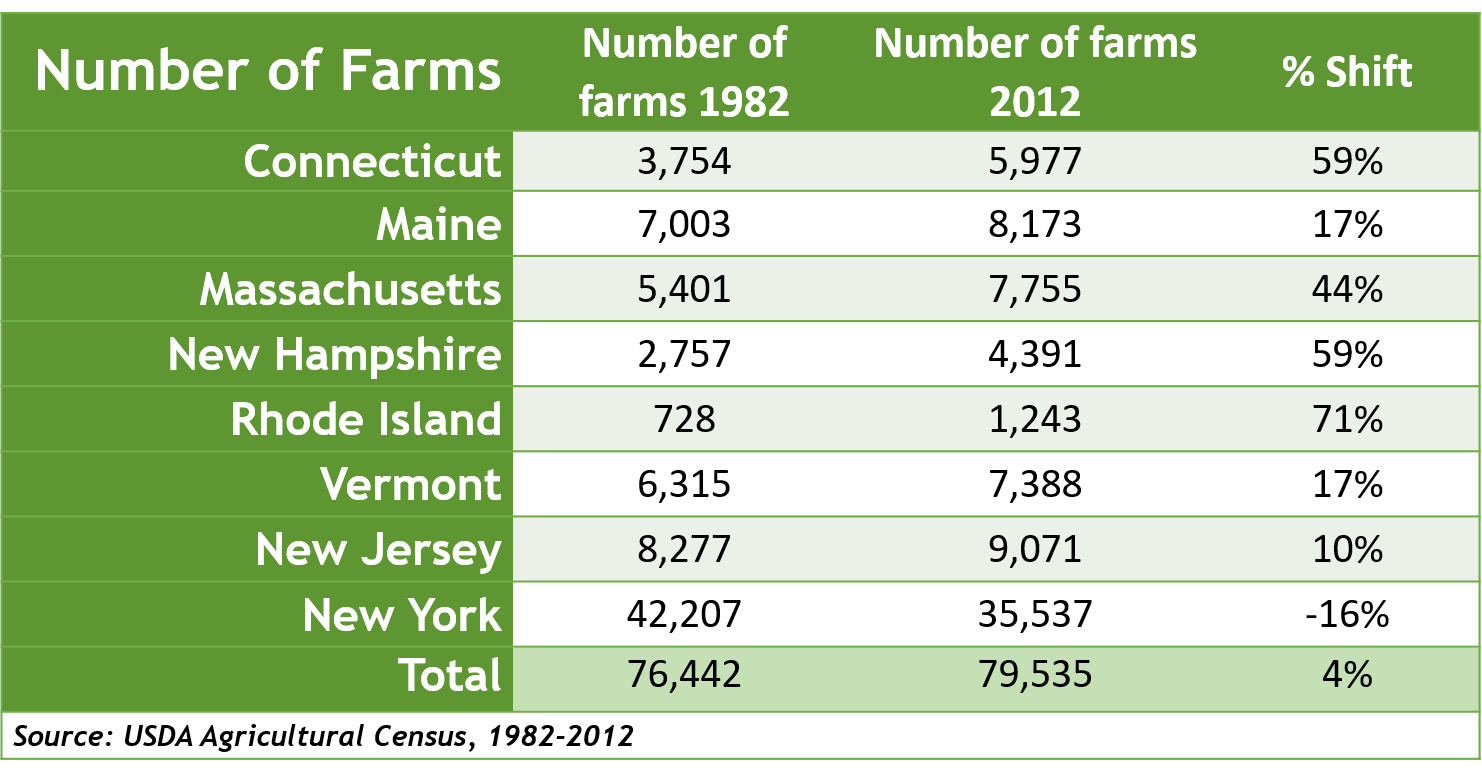 Over this time period, we saw a 18 percent decrease in overall land in farms. In 1982, land in farms was at 14.7 million acres compared with 12.1 million acres in 2012. This could be due to many factors like consolidation, selling out or shifting farmland to another purpose. 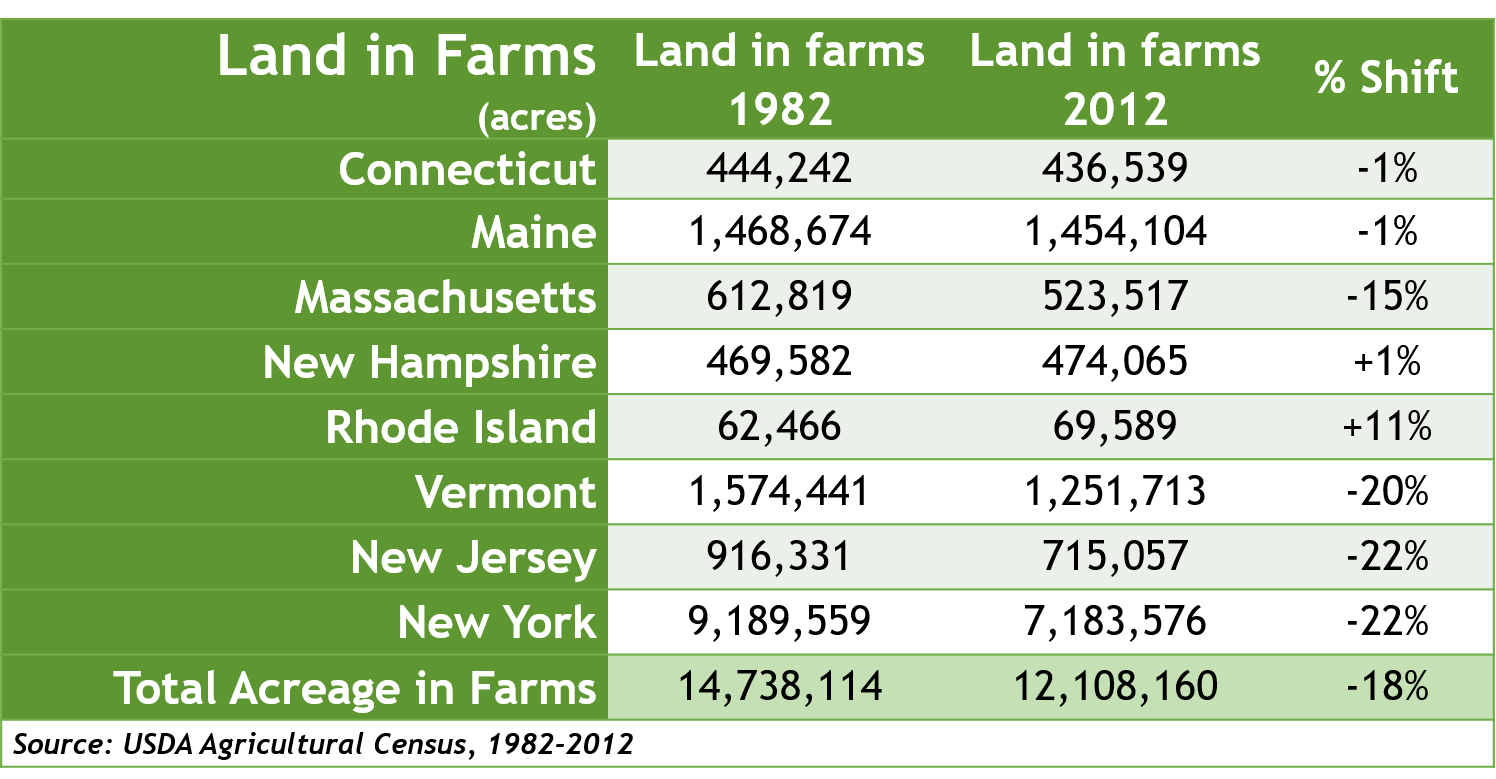 During this period, Vermont’s average value of products sold increased by 81 percent and Maine’s by 64 percent, while the other New England states showed smaller increases in average value sold.

Also during this period, the total market value of farm products sold more than doubled, going from $4,331,372 to $9,254,618. This is due to both inflation in agricultural commodity prices, as well as increased output per farm.

The largest increase was in “other crop farming,” which increased from 9,453 participants to 19,659 participants. Land in other crop farming increased from 1,718,594 acres to 3,156,923 acres. This could be indicative of a number of trends coming together, including consolidation in the dairy industry; a number of dairy farmers selling their herds and shifting to crop production; and an increase in lower-intensity agriculture, such as hay.

Other commodity categories include: 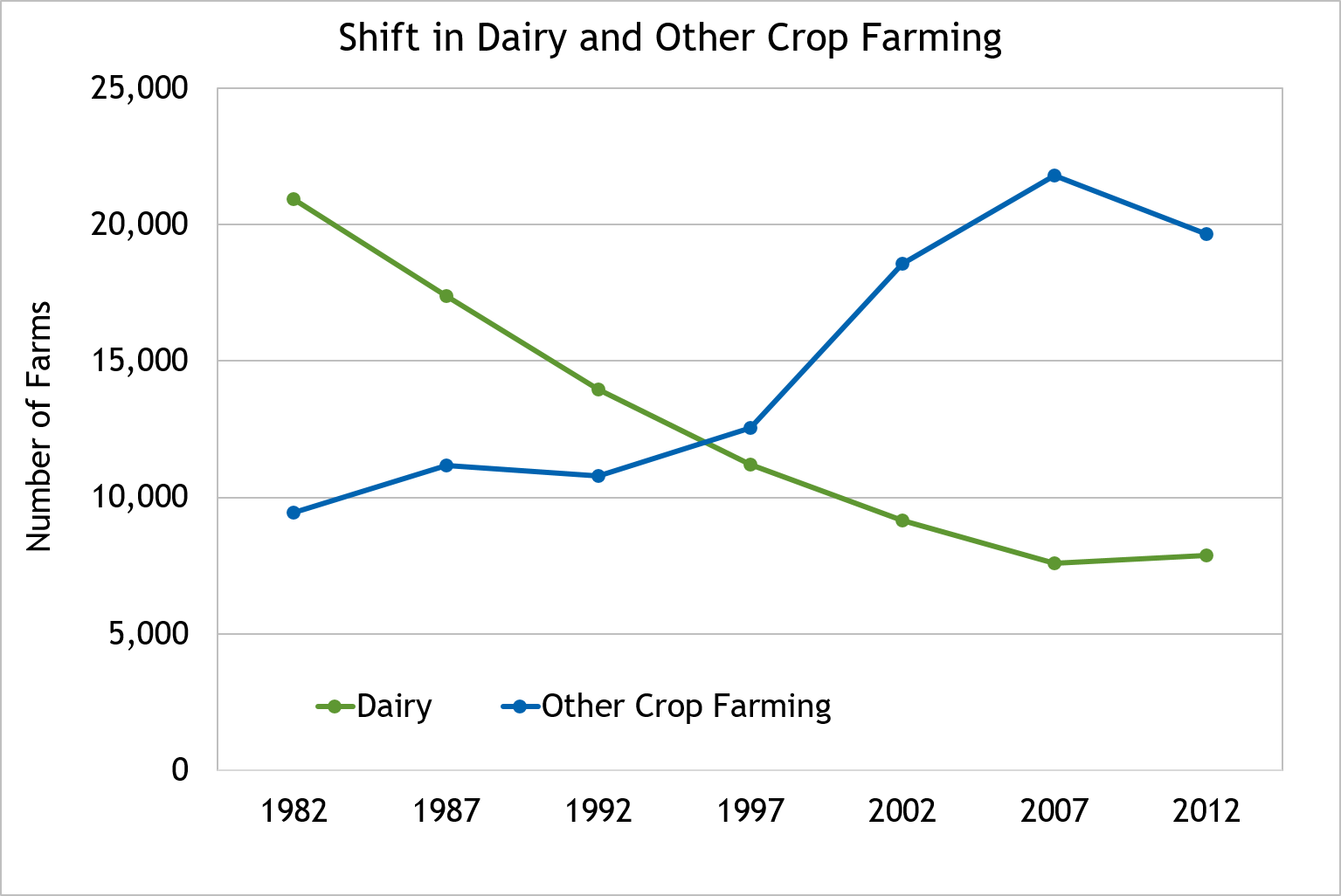 While Northeast agriculture has undergone a number of structural changes over the last three decades, it is notable that the overall number of farms has not significantly changed. However, farms’ distribution among size classes certainly did. Particularly notable is the decline in “mid-sized” farms, those grossing between $100,000 and $249,999, and the growth in larger farms, those grossing more than $500,000. The products produced by Northeast farms has also shifted, with the most notable trend being the decline in the number of dairy producers.

As we look to the future, we anticipate the structure of Northeast agriculture to continue to evolve. As new entrants come into the industry and the next generation moves into management roles, they bring new goals and ideas. And as consumers’ demands shift, Northeast producers will adapt their business and potentially their products to meet those demands, just as we’ve seen them do for the past three decades. One thing we know for sure is that Northeast producers are progressive and resilient, so we look forward to what the future holds.