The Lobster Industry in 2022 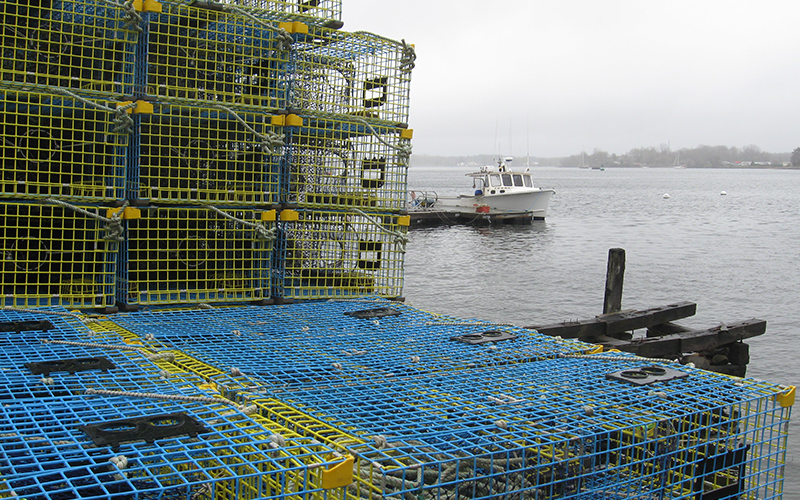 2021 proved a complicated year for the Maine lobster fishery. Strong prices and respectable landings provided lobstermen with good incomes and the lobster population remains healthy. However, issues such as federal regulations designed to protect North American right whales and a warming Gulf of Maine have cast a chill on the fishery’s future.

The Maine lobster fishery is renowned as one of the world’s most sustainable fisheries. By law, each of Maine’s 4,800 commercial lobstermen are small, self-employed business owners. Each runs his or her own boat and lives, works and spends earnings locally. Lobster remains one of the nation’s most valuable fisheries, generating more than $1.5 billion annually in revenue to the region’s economy. The lobster industry supports tens of thousands of jobs in rural communities along the coast and is the foundation of Maine’s coastal economy.

Yet despite strong prices and landings, the Maine lobster fishery faces several implacable challenges in the next few years.

Since 1997, the National Marine Fisheries Service (NMFS) has coordinated a management plan for the endangered North Atlantic right whale population through the Atlantic Large Whale Take Reduction Team (TRT). The TRT is a diverse group of stakeholders who advise NMFS in developing management plans to mitigate the risk to marine mammals posed by fishing gear.

New England lobstermen have made significant modifications to their fishing gear over the past two decades to protect the whales and these right whale conservation measures have worked. Nearly 30,000 miles of rope have been removed from the Gulf of Maine and right whale entanglement traced to U.S. lobster gear has dropped by 90% since 2010. There has not been a single known right whale entanglement in Maine lobster gear in almost 20 years; Maine lobster gear has never been linked to a right whale death. Since 1990, when there were fewer than 275 known individuals, the right whale population has rebounded, reaching approximately 483 whales in 2010. However, in recent years, it appears to have plateaued and shown modest declines again, raising concerns for the future.

While ship strikes and fishing gear entanglements are the most visible causes of right whale mortality, their greatest threat to survival may in fact be climate change. Due to warming ocean waters, researchers documented a major shift in the distribution of right whales beginning in 2010. The whales began travelling to the Gulf of St. Lawrence in Canada during late spring, summer and early fall to feed. Currently more than 40% of the population can be found in the Gulf of St. Lawrence each year.

The stress of shifting food sources and the danger of visiting waters that historically did not have right whale conservation measures in place contributed to a significant decline in the population. NMFS declared an “unusual mortality event” for right whales in 2017 when 12 right whales were known to have died in Canada. This was followed by another 10 deaths in Canada in 2019. Many of the dead whales were female, leading to additional worries about the long-term viability of the population.

NMFS issued a 10-year whale conservation plan in May 2021, designed to protect right whales from harm by U.S. fixed gear fisheries. The plan will require that Maine lobstermen to reduce their entanglement threat to the whales by 98% by 2030. If lobstermen cannot meet that goal, NMFS will not license the fishery to operate.

The first phase of the plan requires Maine lobstermen to meet a 60% risk reduction by placing more traps on each endline to remove additional rope from the water, weakening the ropes that remain, expanding gear marking to better identify gear on entangled whales, and closing a thousand square mile area of prime offshore lobstering bottom for a third of the year. Additional actions are required in 2025 and 2030, creating pressure to convert from traditional traps connected to the surface by a buoy line to so-called “ropeless” fishing. Ropeless fishing is a new and unproven technology that uses an acoustic transmitter to release the trap’s buoy line from the bottom when a lobsterman is ready to haul that trap. While there has been testing of this technology, its utility for a large-scale fishery such as Maine’s is uncertain.

Scientists have determined that the Gulf of Maine is warming two and a half times faster than the global average. To date, warmer temperatures have had a positive effect on the lobster population, creating expanded areas of suitable lobster habitat and increased lobster abundance. More areas of the coast are now available as nurseries for juvenile lobsters; warmer water temperatures have sped up the time until lobsters reach legal harvest size. Maine’s lobster landings have increased steadily over the past three decades, averaging 37 million pounds in the 1990s, 65 million pounds in the 2000s, and 117 million pounds over the last decade. However, researchers predict that continued rising temperatures could lead to a decline in the Gulf of Maine lobster population and reduced annual landings.

When the pandemic began in 2020, lobstermen and seafood dealers alike worried that closure of restaurants, resorts, and other food service operations would decimate demand for Maine lobster. As a result, businesses quickly switched emphasis from lobster for food service and restaurants to lobster as a food for the home cook. The Maine Lobster Marketing Collaborative promoted lobster to grocery store chains while seafood companies set up online purchasing options and added new prepared items using lobster.

Market demand for all seafood items rose dramatically during 2020, with lobster sales in the retail sector growing by 87%, based on Nielsen IRI data. Consumer demand for frozen seafood products, in particular items made with lobster, remains high as the pandemic enters its third year.

The lobster markets continued to show great strength and resiliency through 2021. As food service and restaurants opened back up, expanded retail and direct-to-consumer markets remained robust. Lobstermen reported both strong landings and record prices at the docks throughout the year.

The Maine lobster fishery is one of the most sustainably managed fisheries in the world, the result of conservation measures taken by the fishermen themselves. However, the fishery faces great uncertainty as the clock ticks on the 10-year whale plan and its mandate for lobstermen to implement radical risk reduction measures. While the lobster population remains healthy, lobster landings are expected to soften in future years as lobster stocks adapt to changing ocean conditions. Nonetheless, strong lobster markets provide a reason for optimism, not only for the fishery’s future but also for the economic future of Maine’s fishing communities.