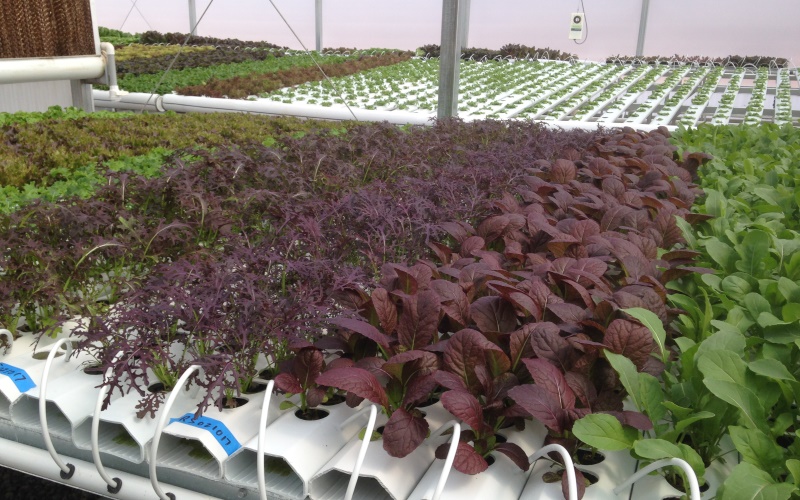 Agriculture has always embraced and adopted new technologies. Going all the way back to such inventions as the cotton gin, farmers, ag suppliers and processors have continually sought out and developed new technology and innovation that has often disrupted the industry. Historically, most of this innovation has come from within the agricultural community, such as farmers themselves, ag equipment manufacturers, land-grant universities and others.

Lately, however, we are seeing increased participation from outside the traditional ag community – from Silicon Valley startups to venture capital firms – and others who see the agricultural sector as ripe for disruption.

The Northeast U.S., specifically Boston and New York City, has emerged as one of the hubs of ag tech innovation. Despite the fact that many of these technologies are focused on larger-scale production in the western part of the U.S., much of their research and development is being conducted in our backyard.

This article kicks off a series of four developments that look at a few of these up-and-coming technologies. While we may not see these advancements commercially for some time, these new technologies hold promise to change agriculture as we know it.

A growing trend over the last ten years is a practice called vertical farming or vertical farms. It is where vegetables and other edibles are grown in vertically stacked racks in a completely controlled environment. This includes using artificial lighting, precise water and nutrient management, and complete climate control. In this system, everything is monitored via computers and sensors that can detect the slightest change within the set guidelines of the environment. The medium in which the product is grown can vary from an artificial soil to hydroponics or aeroponics.

One of the main purposes of vertical farming is to grow larger quantities of fresh produce on smaller parcels of land, often in close proximity to urban markets. Ideal locations for vertical farms are near larger cities or large metropolitan areas such as Boston, New York City or San Francisco, to name a few. This allows growers to provide locally-sourced, fresh produce year round because it is completely grown inside and not subject to traditional growing conditions.

This type of farming could limit the need to ship produce great distances within the U.S. or other countries. While it would potentially reduce the carbon footprint of the transportation network, given the high-input nature of vertical farming, it is unclear whether the overall environmental impact is lessened or not.

Leaders in the vertical farm industry continue to state this is a short-term problem. They believe that as they achieve greater advancements in more sustainable energy practices, it will lower their environmental footprint, costs and, in turn, lower costs to the consumer.

A major drawback to vertical farms is the massive capital investment needed to start production. Even after the facility is built, high energy and input costs mean that vertical farming is only economically feasible for very high-value crops. These high capital and operating costs have meant that most vertical farms have focused on producing leafy salad greens that they can sell for a premium in their local markets.

It remains to be seen whether vertical farms will eventually become profitable at scale, and whether consumers will really continue to pay significant premiums for vertically-farmed products.

Looking at the current cost of produce among the different grades available to the consumer, they fall into three general categories: conventionally raised, organics and vertical/indoor production. For example, kale’s price range is from $1.33 per pound for conventionally raised to $4.99 for organic, and as much as $14.18 if it’s vertically-farmed. It is clear that for now, vertical farms are still emerging. Evolving technology will have to become more sustainable, practical and economical if it is to grow and develop into a mature industry.

To view other articles from this series on technological innovations disrupting agriculture as we know it today, click on any of the following links.