Creating certainty for your family

Planning for the future doesn’t have to be complicated or intimidating. By working with a Farm Credit consultant, your family can build a plan that will provide peace of mind. No matter what happens, you can be assured that your loved ones will be taken care of.

Why estate planning is important

How Farm Credit East can help

We will work with you to make an honest assessment of what you will need in retirement with a safe margin, so you don’t sell your retirement years short.

Watch this short video on the benefits of working with Farm Credit East on the transition of your family business.

F.A.Q.
View From The Field
"When the transition was complete, we still wanted to be a family."

As Glenn and Emily’s son, Jon, came into the business, they began to consider their future and the future of the farm. Family dynamics were a large consideration. They had three children not involved in the business and wanted to be sure they had assets to leave to all of them. “When the transition was complete, we still wanted to be a family,” said Emily. So they engaged Farm Credit East consultant, John Lehr.

“In a transition process, you’re merging multiple personalities,” said Jon. “We kicked around a lot of ideas to figure out how everyone would benefit and John helped mediate, talking us through the process and offering sound advice.”

“As a dad, my biggest challenge was to realize Jon was a business partner,” continued Glenn. “I didn’t fully understand until I went through it. He’s still our son, but he’s now a partner too. I needed to be willing to let go of control.” 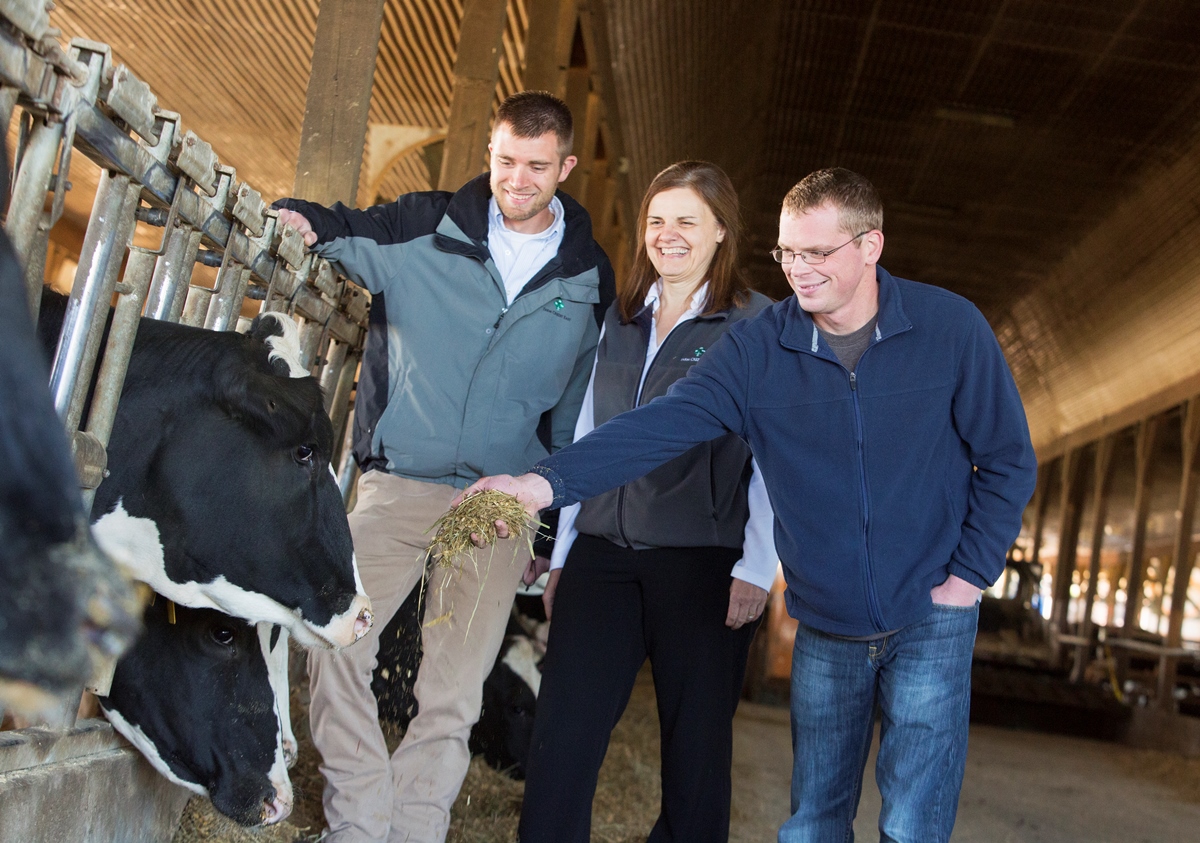 It was valuable to have a confidant and advisor who knew our finances, had been working with us for years and could give us an unbiased opinion.
-Glenn, Emily and Jon Beller
Beller Farms, LLC
Carthage, N.Y.